It’s fair to say the country is in uproar since Boris’s statement last night. It seems to have generated more confusion than ever. Social media is awash with people scratching their heads. The police, businesses and unions seem horrified. Asking if they have to go to work or not? How are they going to get there? Do their kids have to go to school? Can they refuse? Can they go out more? What does that look like in reality? Some of the backlash has been really funny. Even people who are hard-nosed Tories are expressing their frustration. I think that Boris might finally have blown it!

Anonymous Facebook Quote: I’m staying home tomorrow. I don’t know how I’m going to get here; cos I can’t get the bus. Don’t worry though, on Wednesday we can all go and sit in the park; and if R doesn’t get any bigger we might go through to stage 3 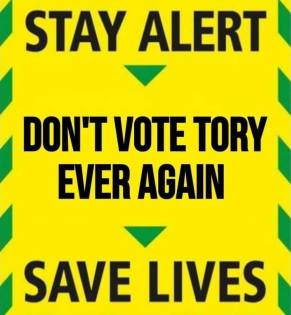 A 50 page document has apparently been published outlining further details such as:

Scotland, Wales and Ireland have not relaxed their Stay at Home advice. Should they allow people from England into their countries and risk bringing the infection with them? How far can people travel to their open spaces. If they live near a border would that exclude Scotland or Wales from their potential options.

How can people go to work if the schools have not gone back? Who will look after their children? How will they get there is they cant use public transport. What if their workplace isn’t safe? Can they be forced to go back?

All I know is that none of it will affect M and I. We are continuing as instructed, at least, until the end of  June. We will watch what develops with interest.

As M and I enter month three of our isolation we are just carrying on as usual.

We stayed up late last night watching Gangs of London. M was up early for a virtual meeting. He’s been in and out them all day.

I had a Zoom meeting with the subject and co-author of my biography project. Its coming along well. We’ve entered a new phase. Up until now I have been working from notes that she has made but I have reached the end of these now. Now I’m going to use legal and medical documents she has given me, a timeline spreadsheet I created at the start of the project and interview with her. I recorded our Zoom meeting today which will be a very useful function of the platform. I then spent the rest of the day working on the next chapter.

I made a stock with yesterdays chicken carcass and I’ll make some soup this evening. I’m making a veggie bake for dinner.

The icing arrived for the monkey cake! Eek!

M has been sent an appointment for a blood test by his immunologist at a special clean “shielded” centre on the 20th of May. That will be an adventure. I feel the need to get out the gloves and facemasks and to squirt a ton of First Defence up our noses, just thinking about it.