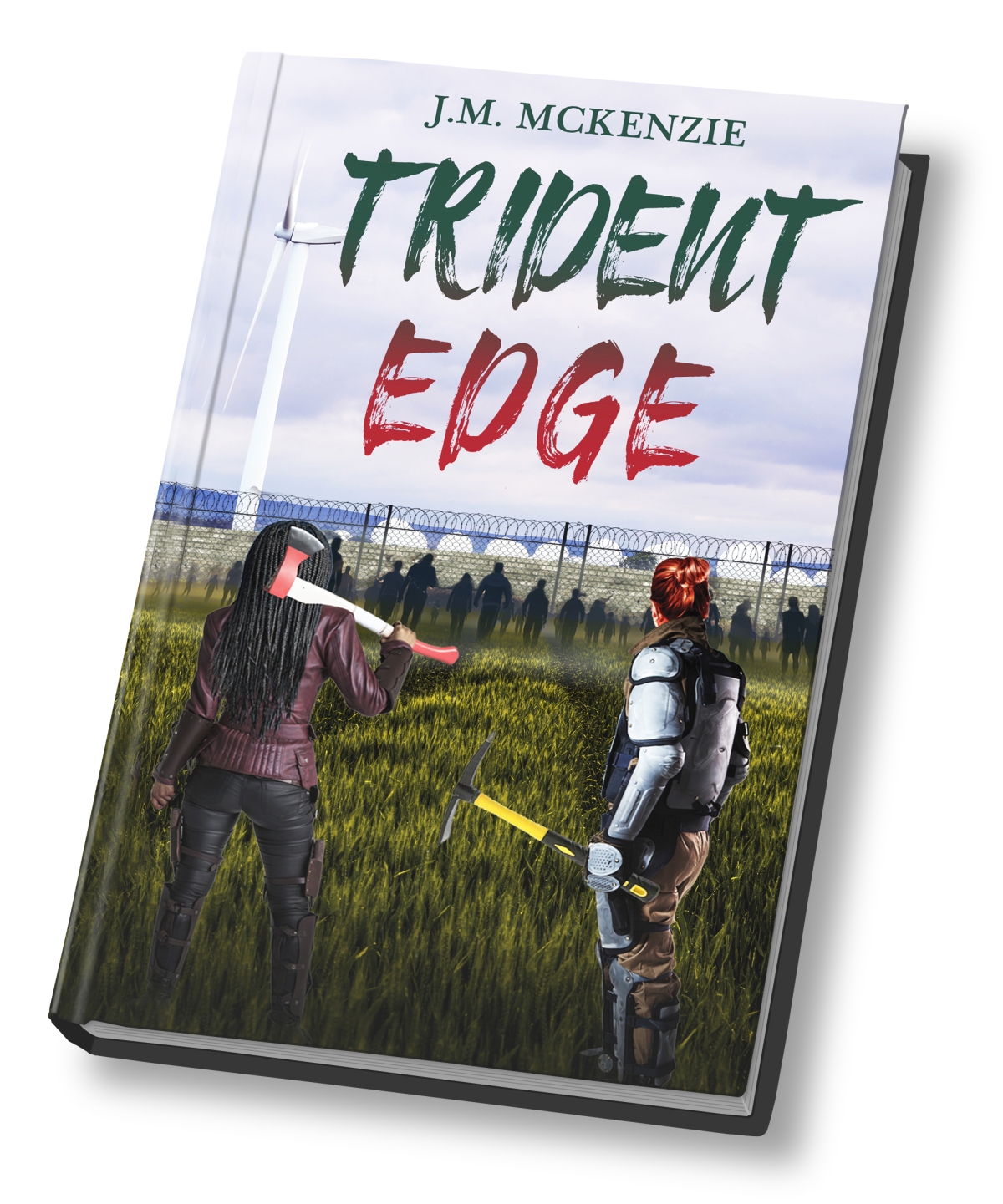 So, the long-awaited sequel to Wait for Me is here at last and I managed to publish it, on target, at the start of Halloween week. I started writing it in Barbados soon after I got a few reviews for Wait for Me that said people wanted to find out more about what happened next to Lisa, Neil and Anita.

And now they can. You all can!

The book picks up with the trio six months after the start of the UK zombie apocalypse and follows them on their next adventure, when they have left the relative safety of their small enclave in the Midlands to travel north. Their destination, Trident Edge, is purported to be a highly secure military base that is taking in survivors and transporting them to safety. The journey is longer and more perilous than they could ever have imagined, forcing them time and again to question their decision. But Lisa has a secret.  A secret that makes it more important than ever that she gets there … whatever the cost.

Trident Edge was written during my time in Barbados and there are a number of subtle tributes to the small Caribbean island contained within its pages, not least in the title, Trident Edge. The trident is the national symbol of Barbados representing both the country’s strong links to the sea and also the three principles of its democracy – government of, for and by the people.

I should stress though, that Trident Edge is an entirely fictional location inspired by a real RAF Base in Yorkshire called Menwith Hill. Menwith Hill is jointly run by the USA and the UK and is said to be one of the most important intelligence and communications monitoring sites in the world. It hosts a spectacular cluster of enormous white golf-ball satellites and is surrounded by mystery and speculation about what goes on behind its high fences.

Early feedback from my beta readers is that Trident Edge surpasses Wait for Me in terms of pace, drama and excitement. I’m really pleased with it and I hope you enjoy it!

If you do read it, and can find the time, please, please leave me a review on Amazon. Ratings and reviews makes such a difference to an independently published author in terms of visibility and sales.